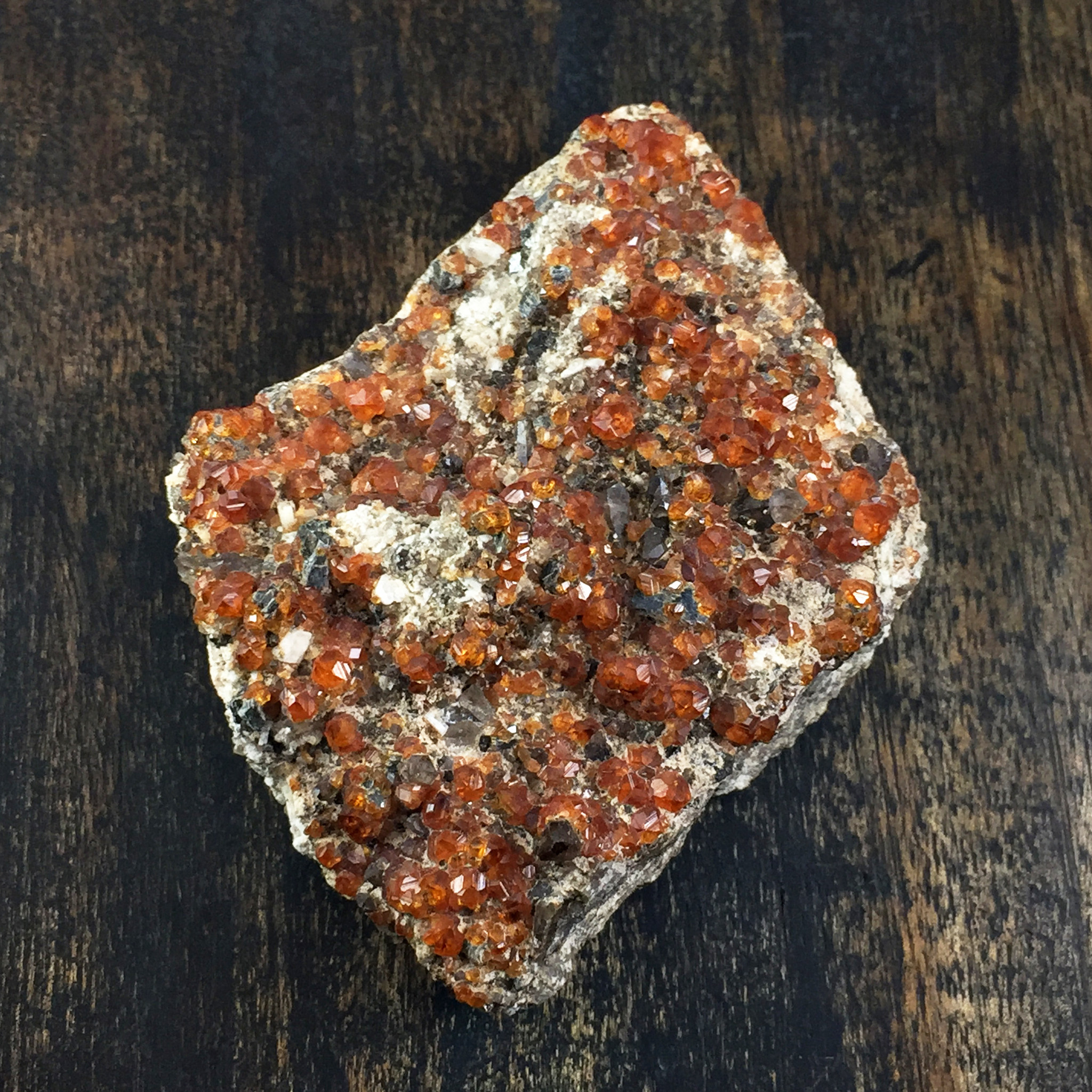 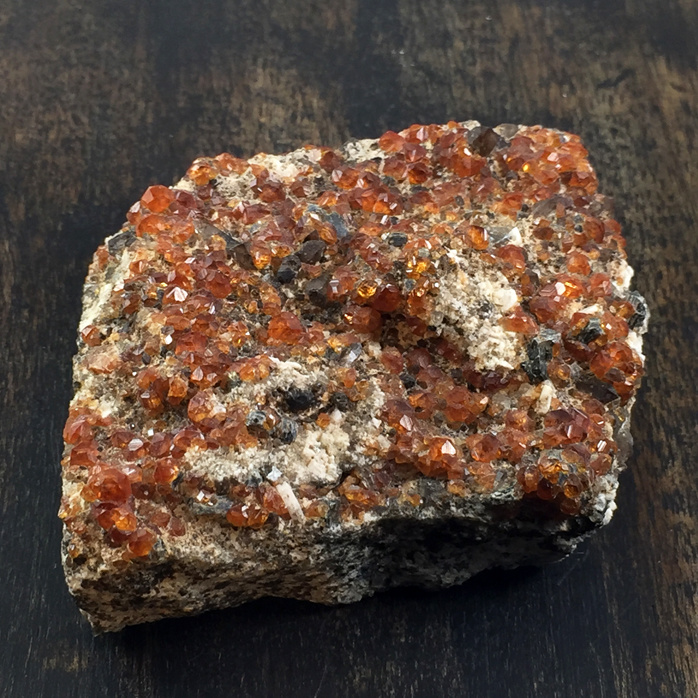 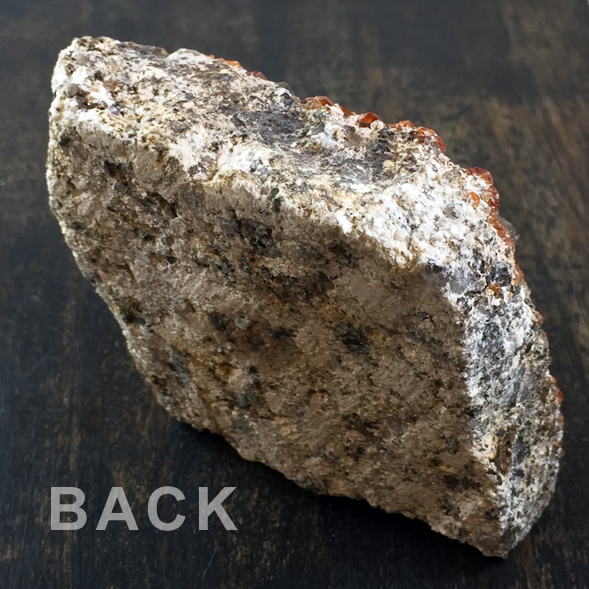 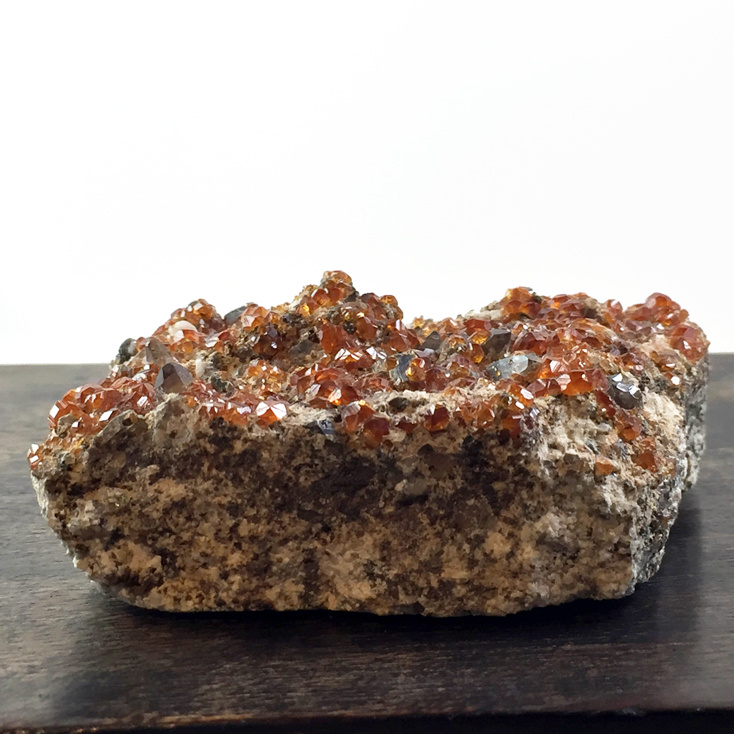 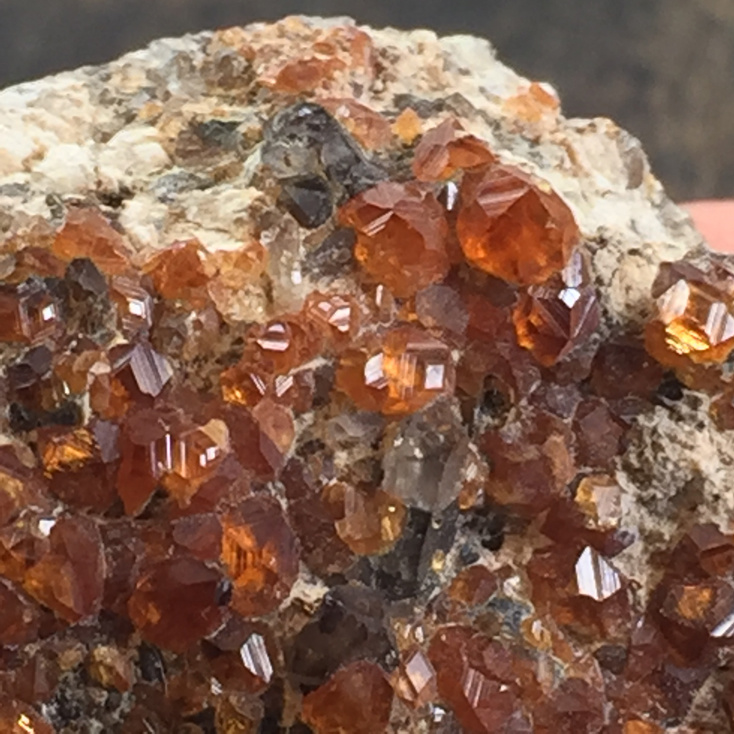 Spessartine can vary in color from pale yellow to deep orange, the latter usually made redder by the presence of almandine garnet.

GARNET derives its name from the Latin word for pomegranate. Often found in metamorphic rock, garnets form in cubic and dodecahedral crystals of every color. Used since the Bronze Age as a gem and abrasive. Varieties include almandine, pyrope, spessartine, andradite, grossular, hessonite, and uvarovite.

Named for Spessart, Bavaria in Germany.