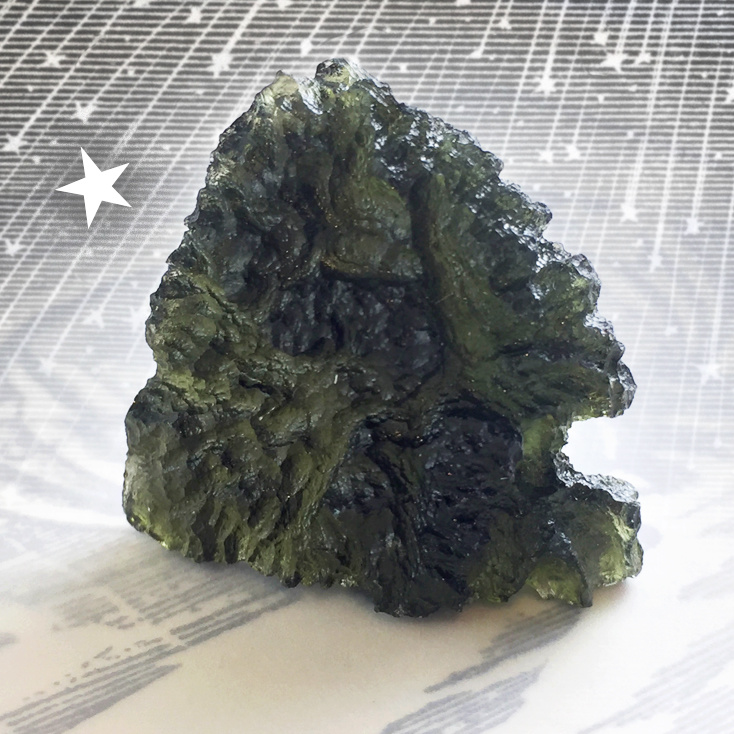 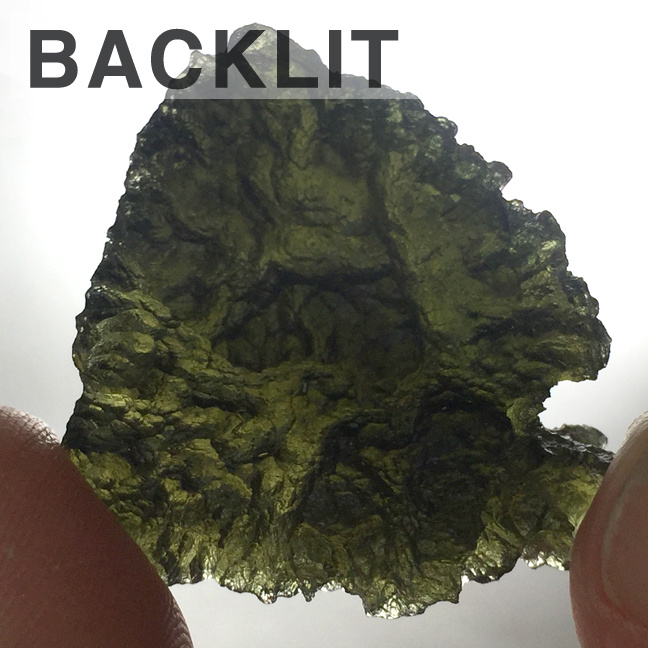 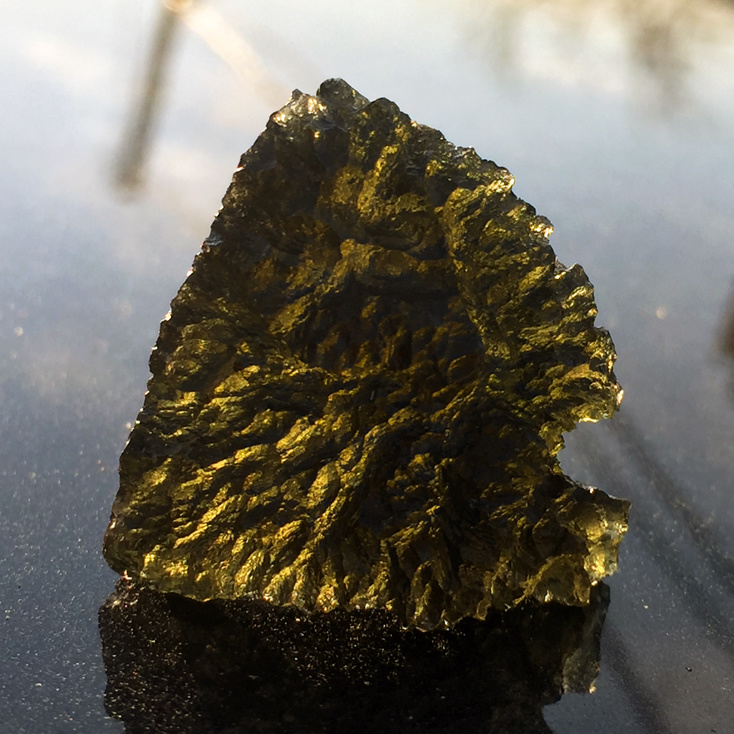 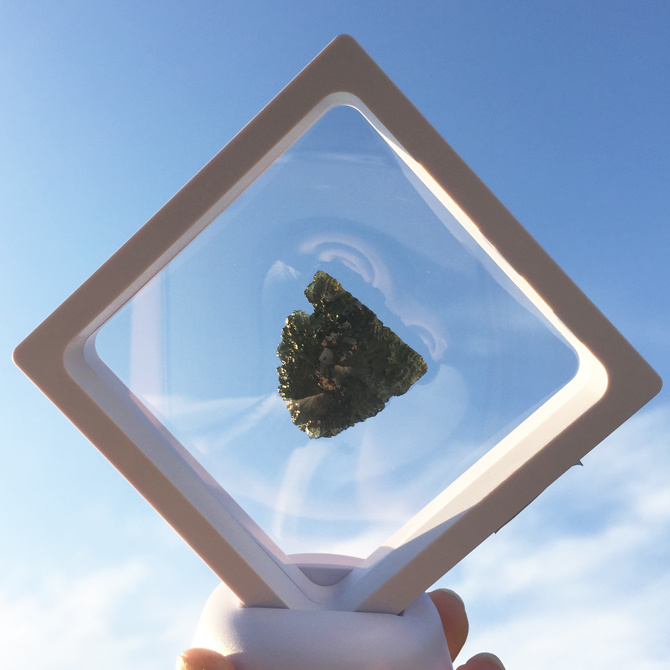 We handpick all of our Moldavite from a high grade selection, which means very few scuffs/chips, lighter color, and clearly defined texture. This piece is a whole, unaltered specimen: concave and pitted on one side, and radiating swirls on the other. The natural "bite mark" on one edge reminds us of the notch in an archaic arrowhead.

Comes with a white square (3.5") acrylic reusable display frame that can be easily opened or fitted at 90° angle in round base (also included).

MOLDAVITE is an olive-green variety of tektite (projectile glass formed by meteorite impact) that formed about 15 million years ago. It was named for the Moldau River where it was first discovered and introduced to the scientific public in 1786 as "chrysolite,” but not attributed to cosmic origin until 1900. Its natural swirls, bubbles, worm-like inclusions differentiate it from green glass.