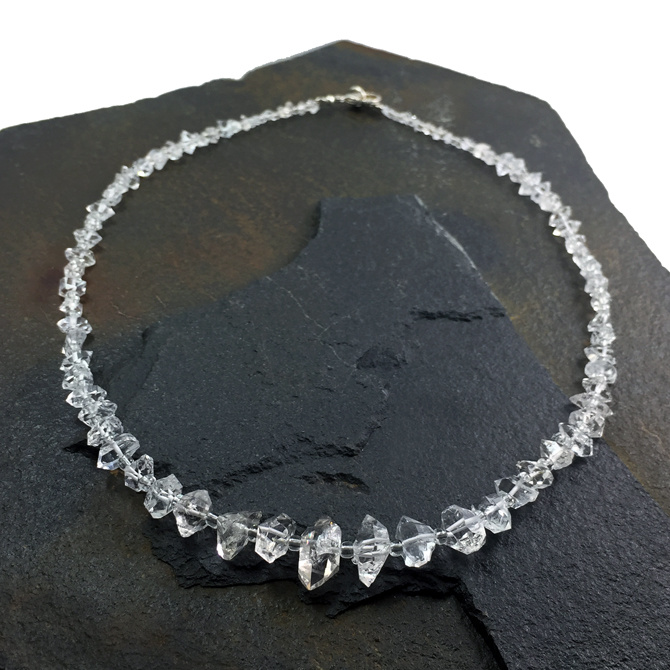 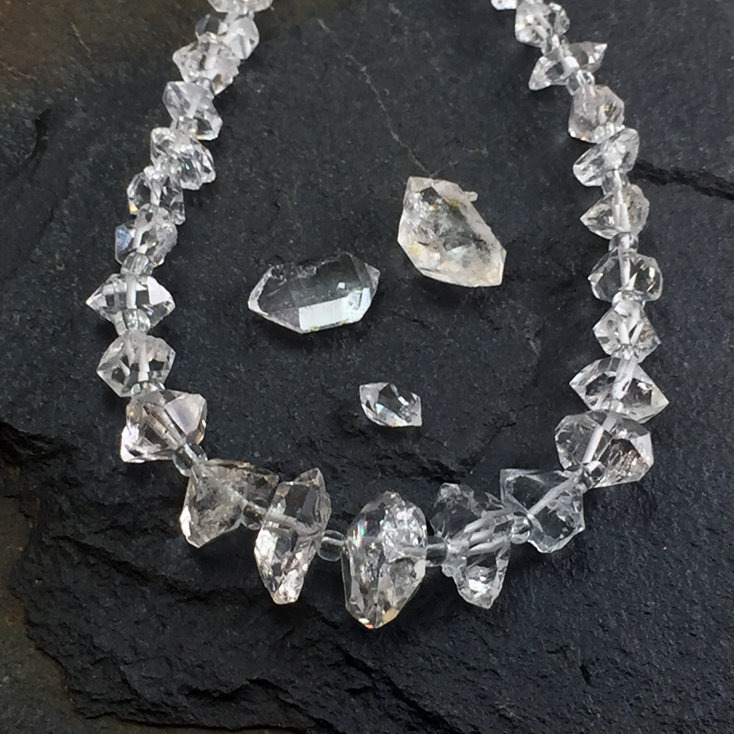 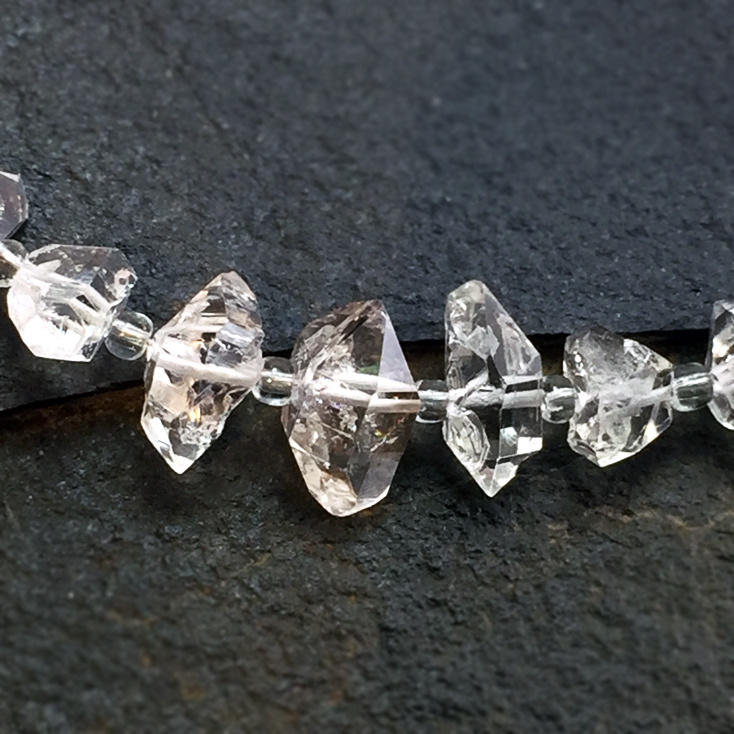 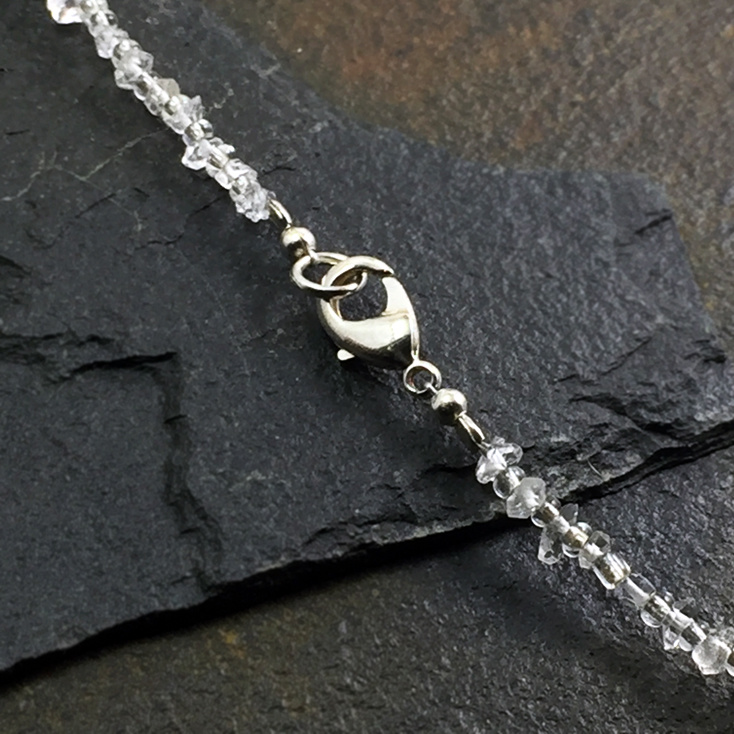 Herkimer Diamonds are actually double -terminated quartz crystals found in dolomite matrix in Herkimer County, New York. Called “diamonds” for their natural faceting (18 total faces) and exceptional clarity, which was cause by slow, uninterrupted formation. “Herks” formed about 500 million years ago in a shallow sea rich with sediment from the ancient Adirondack Mountains.

These double-terminated crystals were actually found in Pakistan. They feature the same carbon inclusions and beautiful sparkle.