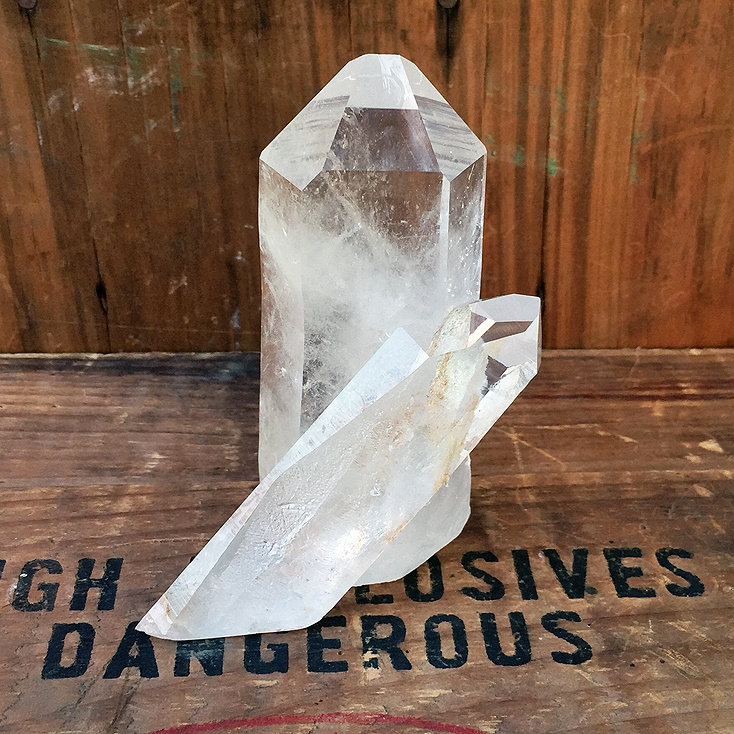 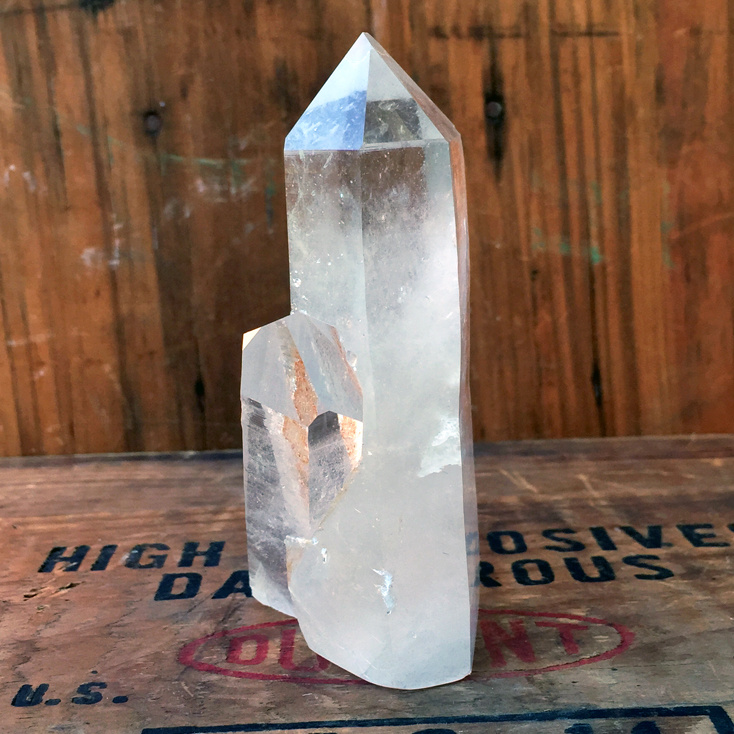 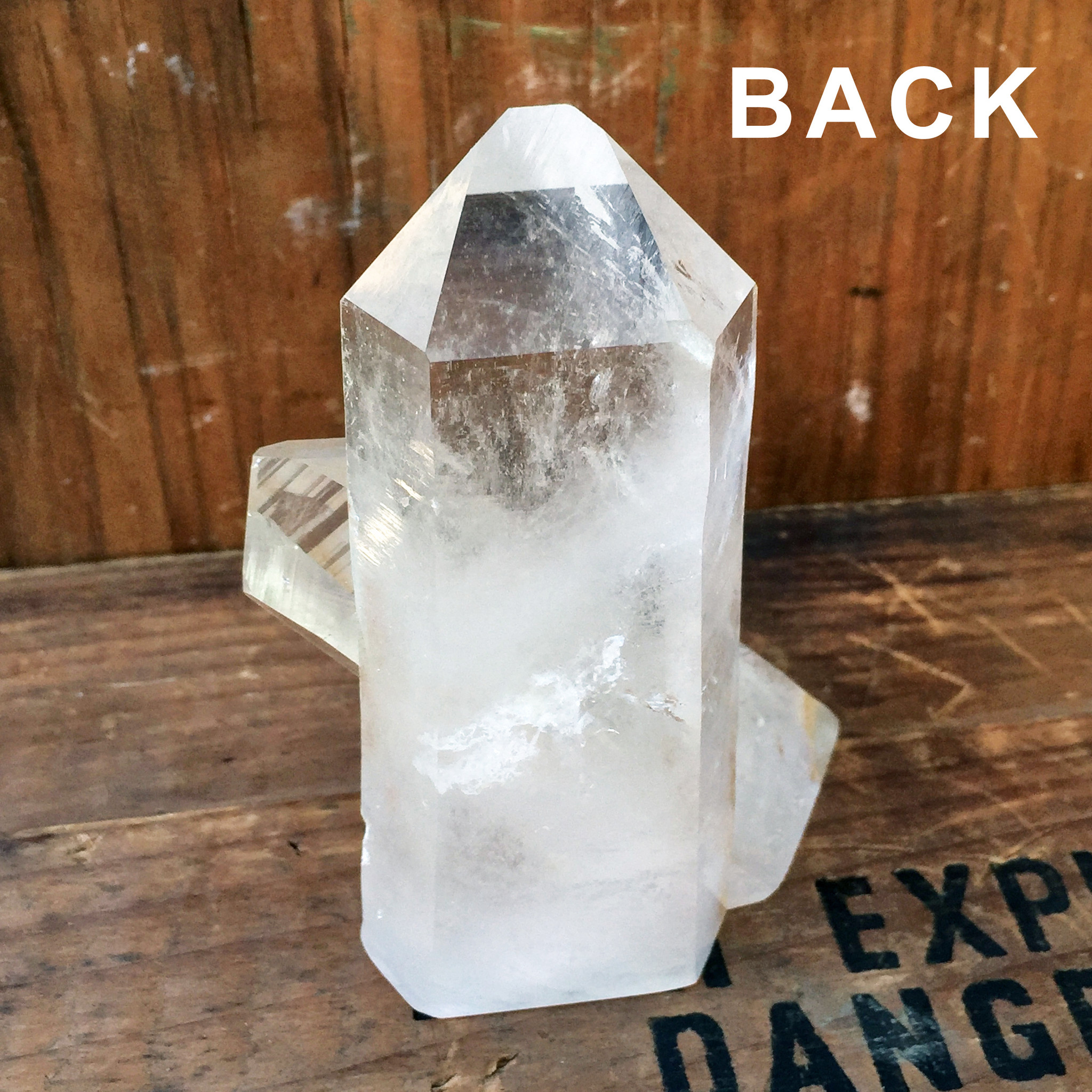 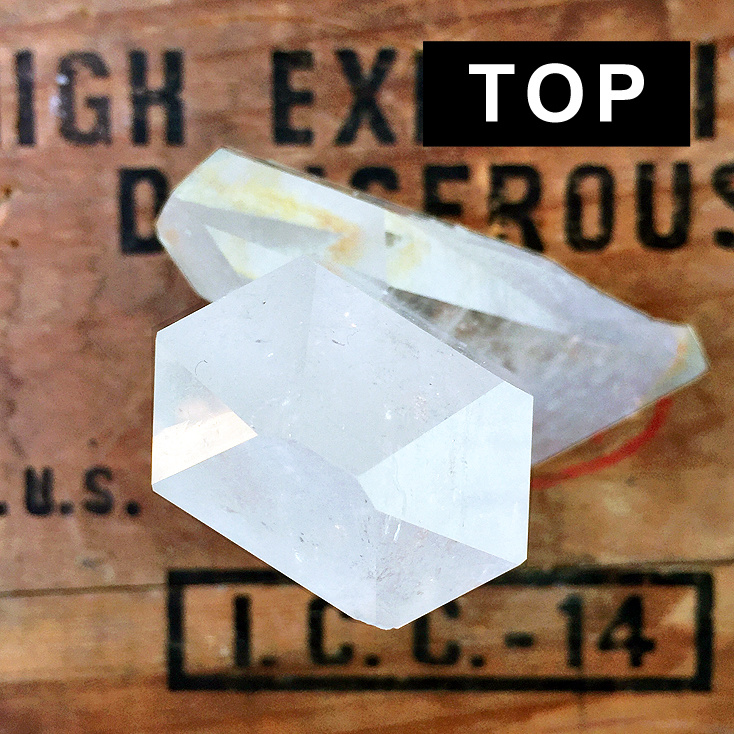 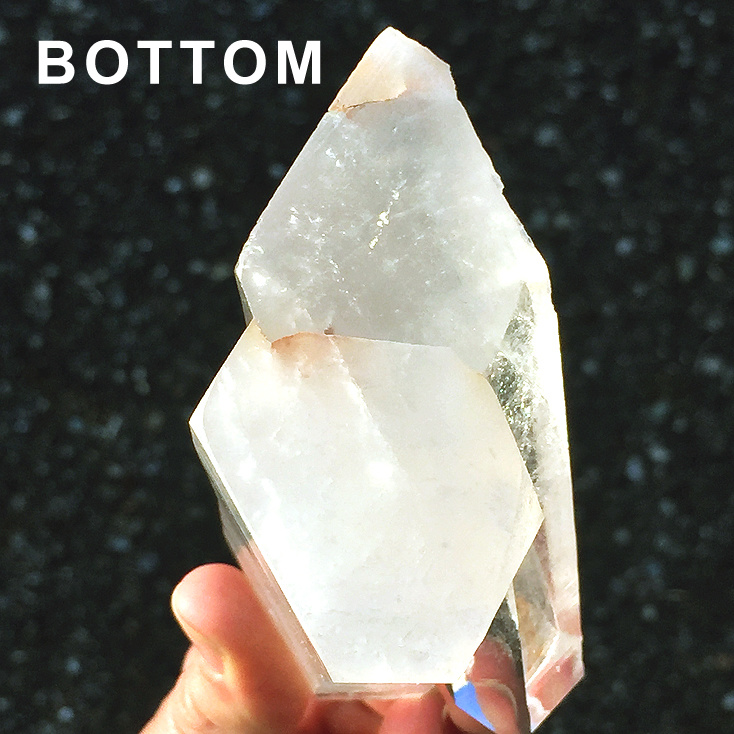 Crystal embrace. Intergrown clear quartz points, sliced at the base to display upright. The glassy faces are, incredibly, unpolished. Some have only the slightest ripples on their surface, some feature horizontal, naturally etched, ladder-like grooves that distinguish Lemurian Seed Crystals (sometimes called Akashic Lines).

QUARTZ is silicon dioxide. Its name may have come from the Ancient Greek word for ice. It crystallizes in the hexagonal system in silica-rich rocks. Crystals range in size from microscopic masses to single points weighing tons.