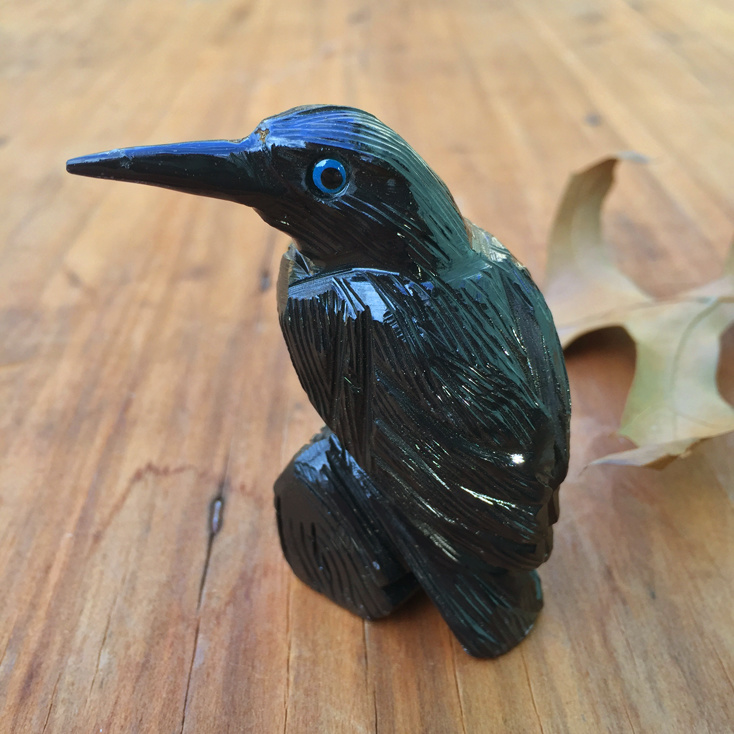 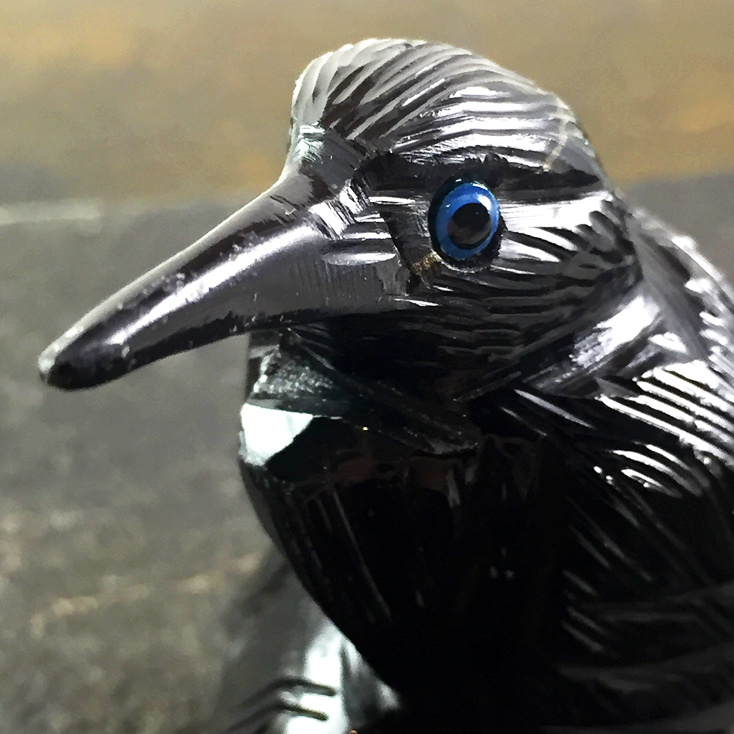 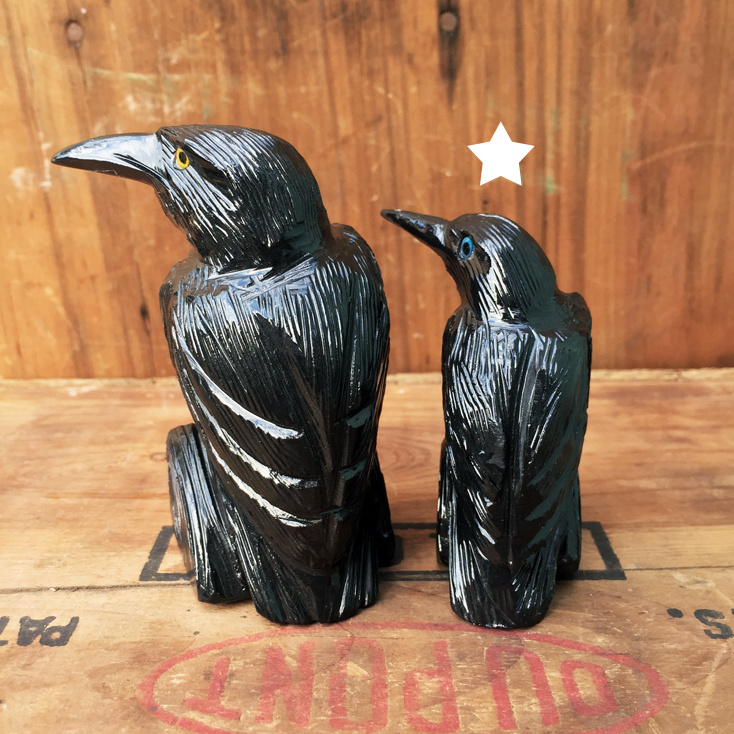 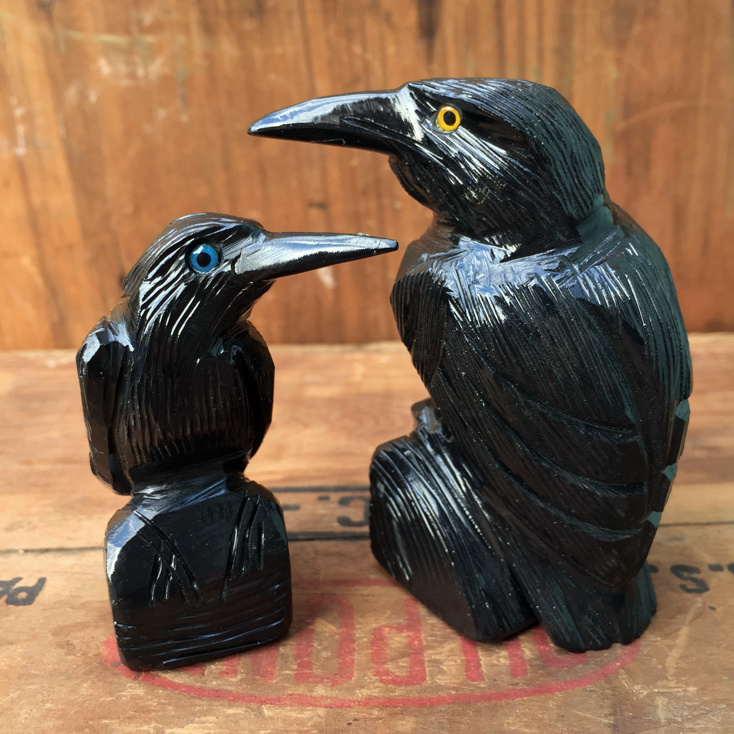 Item pictured is an example. We have this carving in several sizes. This listing is specifically for the 2.5" bird.

Ravens are playful, empathetic, resourceful, communicative, and deeply curious. Catch them watching you, appraising you, from a safe perch. Mythically, the raven is depicted as a mediator between life and death. A flock is sometimes called a treachery, conspiracy, or unkindness of ravens.

Despite his ominous presence at the gallows, the raven is not exclusively a symbol of darkness. In Norse mythology, Odin is depicted as having two ravens serving as his eyes and ears. In Native American mythology, a  raven brought the world into light.